Bilfinger has succeeded in making super-conducting technology deployable under the harshest ambient conditions, for example in an industrial environment. Its so-called strip conductors can be operated at higher temperatures than the conventional round, low-temperature super-conductors, and their component materials also feature different characteristics. Bilfinger put these advantages to use and made the new magnet more resilient. Moreover, while traditional magnet systems frequently deploy liquid gases, making operations complex and expensive, Bilfinger’s system applies the more user-friendly “cryo-cooler” technology and entirely dispenses with liquid gases.

Dr. Ronald Hepper, managing director of Bilfinger Noell: “By refining magnet technology in this ways, we have reached a milestone. We have proven that our super-conducting magnets can be deployed under the toughest ambient conditions, such as in the domains of industry, transport and logistics as well as in aviation, aerospace or maritime shipping.”

Its subsidiary Bilfinger Noell conceived the modern high-temperature super-conducting magnet. As part of several measurement campaigns, the technology was mounted in a special shock-testing rig and was exposed to multidirectional stressor forces up to 14 times more powerful than gravitational acceleration. Initially, the resilience of subcomponents was established, after which the entire system was exposed to the stresses in a second test run while in operating mode. Despite being subjected to the enormous dynamic loads of up to 14 G, which were directed either horizontally or vertically onto the magnet array, the system continued operating smoothly. Even at maximum load, there were no disruptions and the set-up was able to maintain the super-conducting status of the magnetic field.

Super-conducting applications are used primarily in medical engineering and research; the technology allows magnetic fields to be generated in a compact and efficient manner. For several years now, Bilfinger has been working together successfully on various projects with scientific institutions such as the Karlsruhe Institute of Technology, CERN or GSI Helmholtzzentrum für Schwerionenforschung (Helmholtz Center for Heavy Ion Research). Bilfinger Noell GmbH, based in Würzburg, Germany, is a group company of Bilfinger SE. It offers customized solutions to customers worldwide while also building high-tech special-purpose machinery.

Bilfinger Noell’s range of services includes the development, planning, delivery and commissioning of plants and their facilities as well as their operational management. The 270 employees on staff work mainly in the engineering field. 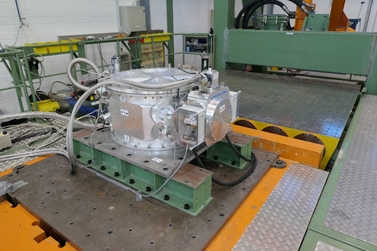 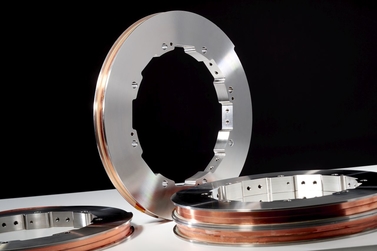