A Bilfinger UK Executive Director has been named the most influential woman in UK engineering in an annual list produced by board appointments firm Inclusive Boards in partnership with the Financial Times. Jane Atkinson, who is based at the company’s headquarters in Birchwood came top of an illustrious group of 100 women, with the top ten featuring senior leaders from Network Rail, the Royal Academy of Engineering, Airbus, Dyson, Aecom and Laing O’Rourke.

As Bilfinger UK's Executive Director of Engineering and Automation, Jane manages major design, automation and digitalisation projects alongside operation and maintenance contracts for some of the world’s biggest energy companies and is responsible for introducing new technology to help clients cut carbon emissions and boost productivity. Jane is also chair of the Institute of Chemical Engineering, where she devotes time to introducing mentoring programmes and workshops to help women get back into their careers after becoming mothers.

The list was officially released at the Inclusive Boards: Women in Engineering Leadership Conference on 22nd October, with the business set to publish extensive research into UK engineering and the results of its diversity survey of the UK’s top 500 engineering firms by revenue. The judging panel included experts from the Financial Times, UK Power Networks and Inclusive Boards.

Encouraging more women into engineering has never been more important. While we are seeing improvement on the ground, the sector still needs 180,000 new engineers every year to plug the STEM skills shortage and yet only 12 per cent of our workforce is female – the lowest proportion in Europe. To tackle the challenge, we need to create more flexible working environments, erase traditional misconceptions and communicate the wonderful opportunities that exist within modern engineering across all age groups, from primary school children to adults looking for a career change. Initiatives such as this one are vital in highlighting how women are influencing the present and future roles of their female engineering colleagues.

Engineers have an impact on almost every area of our day to day lives. Jane Atkinson and those featured in the list are role models who inspire those around them and demonstrate leadership and influence in the work that they do.

I am personally inspired but not at all surprised by the tremendous talent on the Women in Engineering list. Sadly there are still plenty of people who will be surprised due to a mind-set which say Engineering equals males not females. I took part as a judge because I wanted to be inspired.

Patrick Clarke, Director of Network Operations at UK Power Networks and judge for the list

Bilfinger UK provides its partners with unified, multidisciplinary support across the asset lifecycle to drive new efficiencies and reduce costs, with services including design and build, automated control and electrical systems, installation, commissioning, and operations and maintenance. The company is one of the UK’s leading providers of integrated engineering and technical services to the process industry and the energy sector and employs more than 2,500 people. It is part of German engineering and service group, Bilfinger SE.

Inclusive Boards are the UK's leading board appointments firm, specialising in attracting high level diverse talent through a network of over 60,000 professionals. They operate across sectors including sport, to charities and social investment. Inclusive Boards’ cutting-edge research has featured in the Independent, Guardian, Daily Mail and more. Inclusive Boards have also conducted a detailed diversity survey, analysing the gender, ethnicity, age profiles, and educational and socioeconomic backgrounds of Boards, directors and executives of the UK’s 500 largest engineering firms by revenue. The list has been published today and will officially launch at the Inclusive Boards: Women in Engineering Leadership Conference in Central London on October 22nd, hosted by expert in gender and diversity issues in STEM, Dr Jan Peters. Inclusive Boards are the UK’s Executive Diversity Experts with a network of over 60,000 diverse professionals across the STEM, sport, not-for-profit and public sectors. 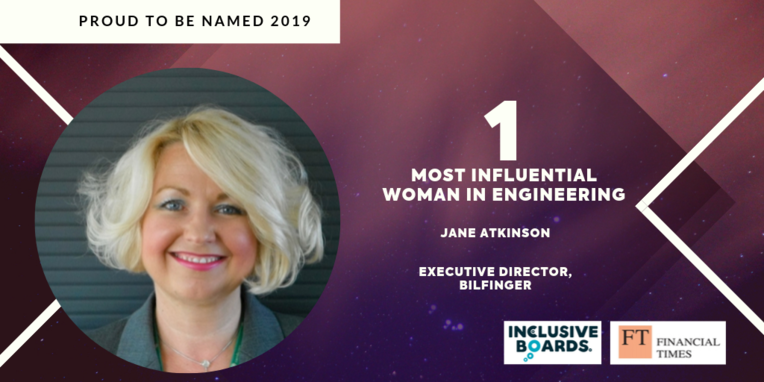