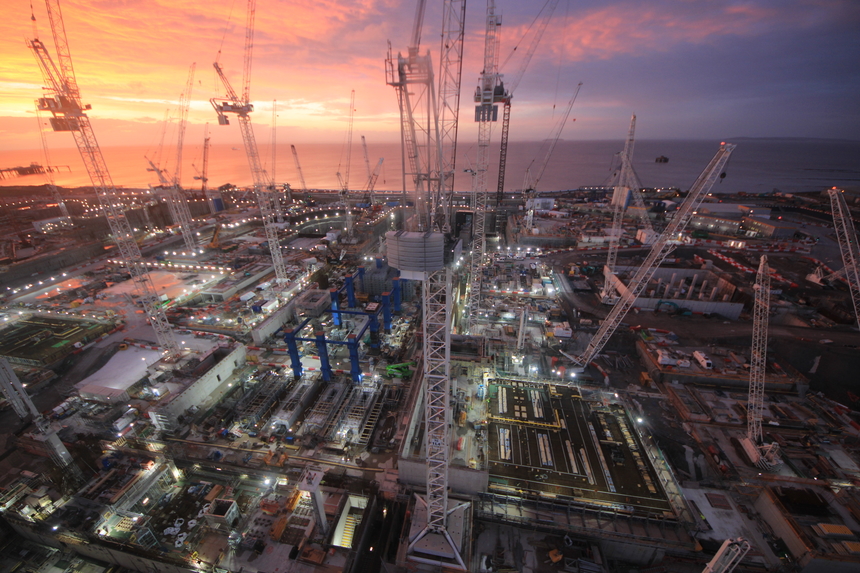 David Hall, operations director for inspection at Bilfinger Salamis, said: “This represents a landmark contract for our business and a key milestone in our mission to diversify our business.

“Working closely with EDF, we have invested heavily in developing our nuclear-specific expertise and capabilities in recent years and as a result, our teams are perfectly placed to provide these vital services alongside the packages of works and the group is already contracted to deliver at the site.

“We are proud to be supporting EDF in delivering this landmark project, which will play a key part in supporting the UK on its road to a net-zero future. This agreement, together with the contracts the group has already secured, will create hundreds of new jobs and training opportunities across the country.

"In delivering these employment benefits, Hinkley Point C is having a positive impact on the UK’s industrial capabilities and talent pools for years to come.”

The two new nuclear reactors being constructed at Hinkley Point C in Somerset are the first in a new generation of UK nuclear power stations and will provide low-carbon electricity for approximately six million homes. They will make a significant contribution to the UK’s move to reduce carbon emissions, offsetting nine million tonnes of carbon dioxide per year over their 60-year lifespan.